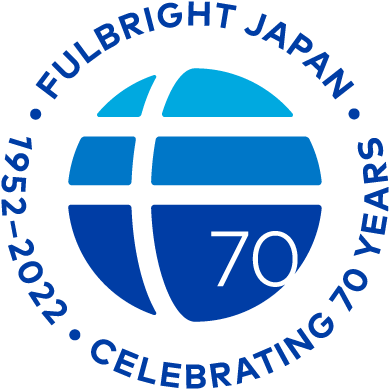 The Foundation of
Fulbright Japan

Since the end of World War II, the U.S.-originated Fulbright Program has developed to become one of the world's best-known and most authoritative foreign exchange programs. Based on the belief of the late U.S. Senator J. William Fulbright that people-to-people exchanges are the most effective means to promote world peace, this program was launched in Japan in 1952 as a successor to the GARIOA Program.*

2022 marks Japan's 70th Anniversary with Fulbright, a significant milestone celebrating 70 years of foreign exchange between Japan and the United States. As we celebrate this achievement, Fulbright Japan (the Japan-U.S. Educational Commission) aims to deliver the following:

To realize these goals, we plan to hold a series of events throughout the year to connect Fulbrighters (Fulbright Scholars and Alumni), the U.S. and Japanese government officials, companies, organizations, and individuals who support us and future Fulbrighters.

Dates and information will be updated on our website throughout the year.

If you would like to inquire about coverage or receive press releases (at the time of distribution), please contact us here.

"Framing our Future" is the theme for the 70th anniversary of the Fulbright Program in Japan.

Framing the Future means we have to honor our past in order to create an even better future. The 70-year history of personal exchange between the United States and Japan is something we treasure. We will also celebrate the achievements of Fulbright Alumni, many of whom have become leaders in their fields, and we aim to help connect them to future Fulbright Scholars. The path of study and research in a foreign land may sometimes require a great deal of effort. However, with the strength of the Alumni, Fulbrighters can always believe in themselves and use that strength to create a brighter future.

It is said that education and peace are closely related. "Education" is also included in two of the 24 categories created by the Institute for Economics and Peace, a global think tank that publishes the Global Peace Index every year. Fulbright exchange programs at educational institutions between the United States and Japan help both countries deepen their understanding of each other and strengthen peaceful ties.

In the words of the late U.S. Senator J. William Fulbright: "Educational exchange can turn nations into people, that is, humanize international relations. That's what no other means of communication can do." The Fulbright Program has developed based on this belief and has connected thousands of people in Japan and the United States through educational and cultural exchanges. As the Fulbright Program celebrates its 70th Anniversary in Japan, we seek to reaffirm our philosophy that "people-to-people connections create international relations" and look forward to continuing this approach to our future.

We have confidence that continuing the Fulbright exchange program, which has enabled so many people to interact with each other between Japan and the United States, will widen the circle of human sympathy that transcends national borders - the very same future J. William Fulbright sought to create. As we celebrate our 70th Anniversary, we will reaffirm Senator Fulbright's ambition, and continue to strengthen the ties between Japan and the United States, that have been built up over the years.

In 1951, a memorandum was signed to implement an educational exchange program between the United States and Japan. The following year, the Fulbright Program in Japan began, succeeding its predecessor, the GARIOA Program. Initially funded by the U.S. government, the program began to share operating funds between Japan and the U.S. in 1979, and a new memorandum established the Japan-U.S. Educational Commission (Fulbright Japan). In 2021, a new Fulbright-Mikitani Memorial Grant was created, and other new initiatives are spreading even after 70 years.

Thanks to the foundation of the GARIOA/Fulbright Alumni association in 1982, Fulbright Alumni have become a significant force in supporting exchange programs. A general meeting is held every year and for milestone events, Fulbright has had the honor of the attendance of members of the Imperial Family. In 1986, the Japan-United States Educational Exchange Promotion Foundation was created to support current Fulbright scholars and volunteer programs, and to assist visiting Fulbrighters from the U.S. as well as other various activities.

In the 70 years since the first class of scholars visited United States in 1952, more than 6,600 Japanese have studied in the United States and more than 2,900 Americans have studied in Japan. Currently, about 100 Fulbrighters from both countries participate in the exchange program each year in four study abroad categories: graduate school, doctoral dissertation, research, and journalism. After returning to their home countries, the scholars have played an important role in the internationalization of Japan and are active in a variety of domestic and international fields, including politics, economics, academia, and the Arts.

Number of Fulbright students from Japan to the United States

Number of Fulbright students from the United States to Japan